Sandcastle Builder can be accessed via castle.chirpingmustard.com, and has ongoing m*stard removal.

You click the OTC frame to dig sand, and when you have enough it gets turned into castles (this is automatic). Castles can then be used to buy things from the store which either dig more sand for you (top row) or build more castles on the ONG (row below that) or boosts which make those tools more powerful or give certain perks (row below that). The ONG is every half hour, just like it was at the start of the OTC. It later changes to hours, at the same point it did in the OTC. The more castles you have made from sand, the more sand it requires to get the next one, so the best thing to do it click enough to get enough castles for a newpixbot and a bucket or two, then just wait for it until the ONG, when the newpixbot will activate 12 minutes (200mNP in LongPix or 400mNP in shortPix) after the ONG and give a castle. Then over time you just buy more things and your amount of sand and castles grows and grows. It's a game that, true to the OTC, is played mostly by waiting for it.

When the ONG occurs, the amount of sand needed to build a castle resets back to 1.

The object of the game is pretty much to just get ch*rploads of castles and buy loads of everything, while collecting badges for certain achievements in the process.

Sand Tools are items which can be purchased (by spending castles) to produce sand automatically. They provide this sand once every milliNewPix (1.8 seconds), thus 1000 times every ONG. This reduces the amount of clicking the player must do to obtain the sand they need to spend on other items.

At the start of the game, the player has no Sand Tools. There is no limit to the number that can be bought, apart from the need to pay for them with castles. When a Sand Tool is bought, the price of the next one of that type will be 10% more than the price of the previous one. Presently, 6 types of Sand Tool are available. From cheapest to most expensive, they are: Bucket, Cuegan, Flag, Ladder, Bag and LaPetite.

The rate at which sand is dug is shown in the info box to the left below the NewPix.

Castle Tools are items which can be purchased (by spending castles) to produce castles automatically. They provide these castles once per ONG. These castles are made independent of the process of turning sand into castles. This means they do not affect, nor are affected by, the rising sand costs. Thus Castle Tools will soon produce the majority of a player's castles, with Sand Tools producing a smaller amount and mostly being used as a source of sand itself.

The prices of Castle Tools rise more quickly than those of Sand Tools. The price of a new Castle Tool of a given type will be the sum of the two previous Castle Tools of that type. Presently there are 6 types of Castle Tool available. Starting with the cheapest, they are: NewPixBot, Trebuchet, Scaffold, Wave, River and Beanie Builder.

Castle Tools do not simply give Castles for free. In most cases, they first destroy some number of castles, and then if they were successful in doing so, they will build a larger amount of new castles. (More info and examples of how castle destruction and wastage works here.)

One Castle Tool which does not destroy any castles is the cheapest: NewPixBot. Instead, NewPixBot's production is delayed. Initially, the delay is 12 (Outside) minutes after the ONG. Only NewPixBots bought before the ONG will be active. Any bought after the ONG will not produce any castles until after the next ONG. If the player clicks the newpix to get sand in the time between the ONG and the activation of NewPixBots, they will be "ninja'd" and will produce no castles on this ONG. This is to teach OTTers to Wait For It.

Available when you have the related boost, this lets you choose how often to save the game. You can choose beween 5 and 45 milliNewPix, or Off to not autosave. Saving uses a cookie.

You can alternatively use the save/load buttons to save when you want, or use export/import if you want to back up your save and/or move between browsers or computers.

When you dig (click the newpix image), sand is dug, and numbers float around showing how much you got. This can slow down drawing too much so you can switch it off if it's a problem.

Postfixes start with the standard metric postfixes, and then go:

After Wololo is Kilo Wololo, Mega Wololo and so on.

You can switch between light and dark.

You need the Chromatic Heresy boost in order to see this option.

When it's on, OTColoured images will be loaded from the database for newpix that have an OTColoured made for them. If there's multiple, a random one is shown. (If you have time travel you can pop back and forth to see different images)

Buy N Tools at Once

If you have the appropriate boost, you can choose to (attempt to) buy multiple Sand or Castle tools with a single click of the buy button. The show will show you how many items will be bought. Naturally it will only buy as many as you can afford. You can choose any power of 4 from 1 to 1024.

These used to be in the menu on the top of the screen but I moved them here since they are not used much and take up space.

Molpy Down resets your newpix, sand, castles, boosts, and tools. Badges and a few other things are not reset.

Coma resets absolutely everything back to a fresh game state. (If it doesn't, that's a bug.)

Boosts are items that increase the power of your tools, clicks, or give some other benefit. Each one will be available in the shop after some specific conditions are met. Often the condition is to have purchased some number of a particular tool. Other conditions may be to have produce a certain amount of sand, destroyed or wasted a certain number of castles with a particular Castle Tool, or to have reached a particular Newpix.

Once a Boost is available in the shop, it may be purchased for some quantity of sand and castles. You must pay both the sand and the castles listed in the price. Once the Boost has been purchased it can be seen in the 'Loot' area of the screen, and is active.

Badges are items that are awarded for meeting particular conditions, such as clicking some number of times, or having amassed some amount of castles or sand. These are mostly for fun and to show off progress, but can also direct the player into unlocking a Boost or discovering a game feature they were not aware of. Also, the number of badges earned may increase the power of certain Boosts (such as Molpies.)

Notable NewPix, referred to as Discoveries, also count as badges if the proper Boosts (such as Camera or Sand Mould Maker) are used. A high amount of Discoveries and Monuments (created from Discoveries) can also unlock a variety of Boosts.

Redundakitties give one-time or temporary bonuses. A list of possible effects is below.

If you have the Department of Redundancy Department boost purchased, Redundakitties may instead unlock a boost for purchase.

Once you have enough sand, you can make a Glass Furnace, which produces Glass Chips.

With enough Glass Chips you can make a Glass Blower to make Glass Blocks. 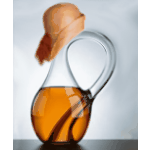